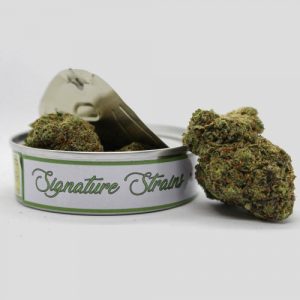 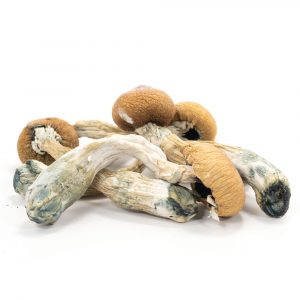 Lab Tested and grown in Canada!

Our assortment of psilocybe shrooms just grew bigger, and we’re proud to introduce Blue Meanies Magic Mushrooms (Psilocybe Cyanescens), a strain of mushrooms that truly live up to their reputation as potent hallucinogens. Blue Meanies are prolific fruiters that can be found growing on woodchips or woody debris.

Blue Meanies are known to have highs that are above average in intensity compared to other cubensis shrooms strains. If you’re inexperienced in shrooms, it’s best to take only half the amount you normally would for regular P. Cubensis strains.

Psilocybin is a natural psychedelic substance from the group of hallucinogenic tryptamines. There are over 100 species of magic mushrooms containing psilocybin, many of them have been used medicinally and ritually for at least 3000 years. Despite the recent attention psilocybin and shrooms have sparked in psychedelic research, there’s much controversy surrounding their use, legality, and long-term effects on individuals. Current research areas with regards to psilocybin and shrooms include mental health, addiction, and human productivity.

How long does it take for magic shrooms to kick in?